Over the last few years the Foresight team have had the honour of being involved and supporting the Cycle Against Suicide organisation. In March of this year, I had the privilege of bringing the Cycle Against Suicide SpinOff to Ashbourne in Co.Meath. Each year in Ireland over 600 people die by suicide, that statistic is frightening and it is higher than those that die in car accidents.

Each time I participate in a stage of the cycle or a SpinOff , I am struck by the passion and camaraderie of all the people involved led by the founder Jim Breen. There are many lessons we can take from this and I’d like to share some that I feel are intrinsically linked to leadership.

CAS (www.cycleagainstsuicide.com) have a very simple yet powerful purpose that binds everyone together. It is to break the stigma associated with mental illness and to share the message “It’s Ok not to Feel OK, and it’s absolutely OK to ask for Help”

You can feel the emotional connection that everyone on the team has to this message. As I promoted the SpinOff to my local community – this message resonated emotionally with so many people and they wanted to connect to support and share this purpose.

In large organisations is there an awareness of their true purpose – what is the answer to the Why do we exist question?

In leadership teams there can be so many competing priorities it can be difficult to focus on collective goals as opposed to individual goals. Alignment and clarity are critical to the success of every organisation. Each morning during the 14 days CAS cycle around Ireland in May, in excess of 1,000 cyclists are hitting the public roads to cycle 100kms per day. They all need to get to the final destination safely with everyone going in the one direction.

Communication was critical to the successful running of the event – clarity on location, start time route etc. Communication across the support teams Gardai, Marshalls, Medical support.   We engaged with people on facebook, email, radio, press, letters to local community groups, word of mouth via key influencers. When there is crystal clear communication, things work smoothly.

How often do people leave meetings in the corporate world and all have a different view on what was discussed and actions to be taken. What is the the cost, delay and confusion associated with this?

Self-Awareness and awareness of others are 2 of the key cornerstones of Emotional Intelligence. Too often we are tearing through each day – thoughts in our heads racing along – heading from meeting to meeting – answering hundreds of emails, messages. What are we missing?

When you are cycling , your brain is forced to focus on where you are at, watching the road surface, and how close you are to the person beside you. A lack of awareness can result in a nasty injury. As a leader, how aware are you of your team and what is going on in their world. What is the impact of your actions/behaviours on your team. Are you causing a blockage or allowing them to shine?

As a novice cyclist, I started on this journey with buckets of enthusiasm and quite a lot of naiviety! I had never cycled more than 50km in my life and I was now embarking on a journey much greater than that. As we organised the SpinOff in Ashbourne , I heard a lot of comments – 50km it really far, I can’t do that, I’ll never get up the Hill of Tara. However, it was amazing to see how people developed strategies and support networks to ensure they completed the cycle. There is nothing like cycling along having the ability to chat and converse with others and the odd supporting hand on your back as you ascend some steep hills to get you to your destination.

In the working world, it is critical that we stretch ourselves to do something new and challenging – that is how we learn. Get comfortable with being uncomfortable and stretched. Develop strategies and support networks to make this possible.

As you can appreciate organising a charity event, there is zero budget or resources. However to make the SpinOff happen we need to get over 300 cyclists around 50kms route safely and provide refreshments. This was possible through the goodwill of many people. Early on we identified what needed to be done and where people had specific talents – be that in marshaling, organising refreshments, support vehicles etc.

In organisations, too often some amazing talents are hidden – it is essential as a leader that you create the environment where people can reach their full potential and let their talents shine. 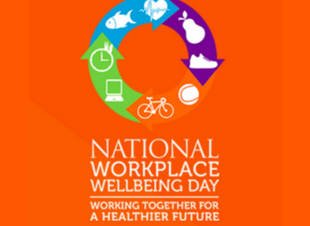 Today, March 31st is National Workplace Wellbeing day in Ireland and what a beautiful day for it! Hope the sun is shining wherever you are? The benefits of workplace welbeing are immense…

Jo Maddocks is chief psychologist, co-founder of JCA Global and author of the Emotional Intelligence Profile. In his most recent article, he has set out to find whether there is a relationship between…

With the hectic pace of life in the corporate world at the moment, people are zooming through each day with their focus on completing tasks on the todo list. Have you ever…

Recent Gallup surveys indicate that 63% of people are not engaged in their working environment – this means they are unhappy and unproductive and spreading this negativity to their colleagues. This is…

Building a high performing team requires a number of ingredients but if you’re looking for that team to be able to sustain that drive and enthusiasm towards a common goal, you will…